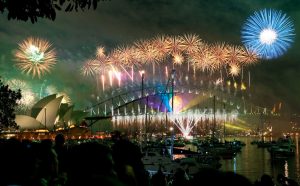 I was speaking to a friend about a New Years Resolution that she was working towards achieving and an interesting way that she was approaching it stuck me.

She thought about this in reverse.

What this means, is say, your goal for the end of the year to run 10 miles in an hour. Rather than starting to work on that goal come New Year's Day. Start working on it two to three months beforehand and then see how you fare come New Year's Day, which will now be your finish line.

I'm thinking about trying this, not necessarily for the New Year period, but just as a general rule. Thinking about any typical event that starts a goal instead in reserve.

Let me know what your thoughts on this as well.