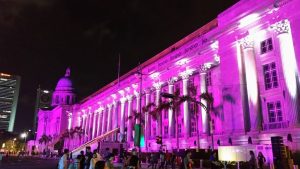 This weekend marks the re-opening of the National Gallery Singapore's official re-launch, with a pretty cool art carnival at the Padang (near City Hall MRT) to kick it off.

This art carnival will run from Friday to Sunday 30 Nov 2015. Admission to the carnival and the National Gallery Singapore is free until 6 Dec 2015. It's also referred as the "Share the Hope" festival.

I'm not too sure what that meant, but I headed to the event to go to a dance festival that's also part of the event. You will find that this art carnival is a great place for kids and adults to join in some of the activities that they have about. There's a mini-play performance, shadow puppets, and pieces of arts designed to be touched and played by kids.
If you're keen on the dance festival, the dance styles at the event are Bachata, Salsa, Kizomba and it's hidden at the back of the event, near the Singapore river. 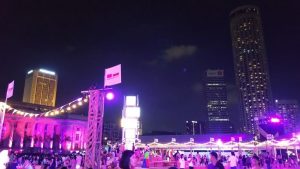 My favourite session was the Singapore Life Panel Project session. I stumbled upon it while checking out the exhibitions and lucky enough to score a seat in the action. Don't worry, you can still check it out from the sides as well. 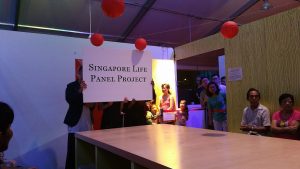 I liked it for the discussion on food memories and history. How remembering  the tastes going up in Singapore. From eating Roti John from Bedok Corner near the Bedok barracks, to yogurt rice and a personal style of Perankan nasi goreng.

I found it engaging and entertaining. It was well thought out with some singing, dancing and even a cartwheel on the table - which was quite a feat!

That was my main highlight for the night. They will also have part two to the show tomorrow. 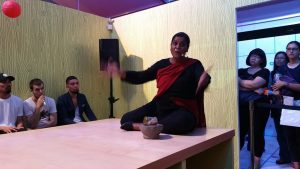 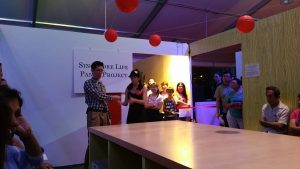 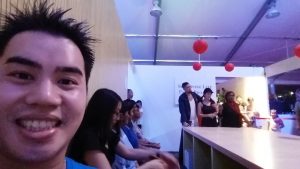 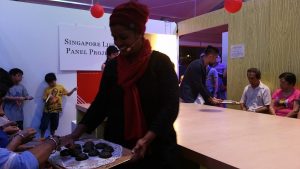 They also gave us a local treat at the end which was very kind of them.

After the show I explored the surrounding area and found the shadow puppet room where you can pick up puppet sticks to entertain others sitting in another room. A really nice hidden part was this lonely looking tree, which was hidden inside a wardrobe. It reminded me of C.S.Lewis' Lion, Witch and the Wardrobe.

Another part of the festival  is an eight-minute light, sound and visual performance titled "Share the Hope Façade Show", which uses the Gallery's exterior as its canvas. It features various artworks from the Gallery's collection that come to life. This is actually the main show.

Over the road nearby as well, is another open area with a stage for live band/ performances. I didn't see anyone on stage, but it's worth checking out if you're in the area (when you're reading this post). 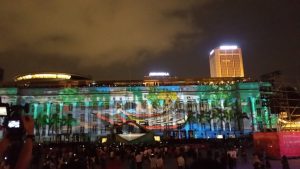 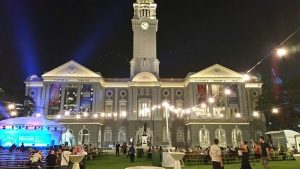 Tip - Head to the rooftop of the National Museum. There's some great views of the city there. You can see Marina Bay Sands, the Observatory Wheel and more.